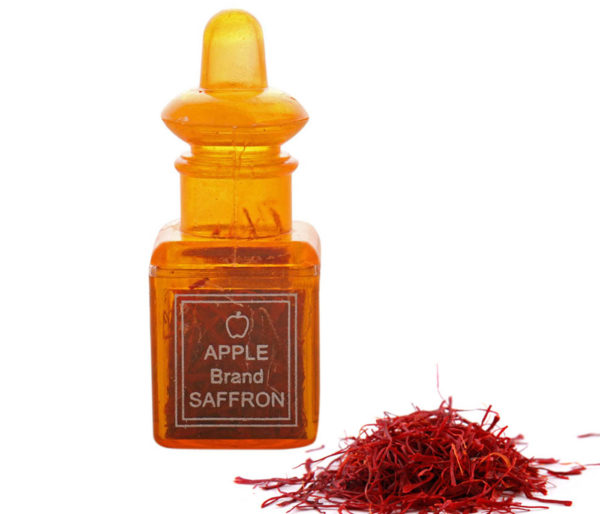 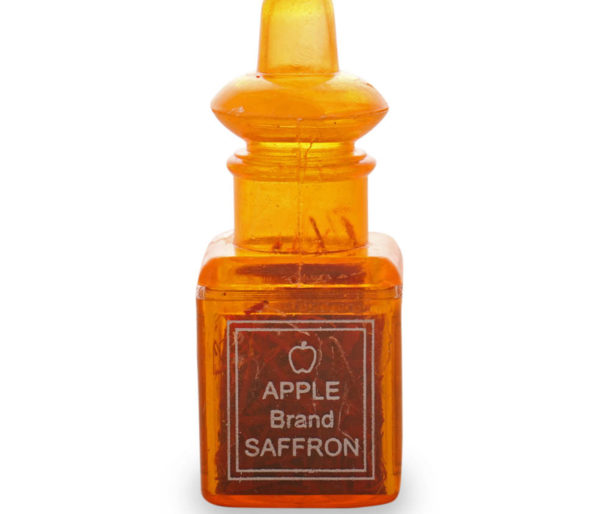 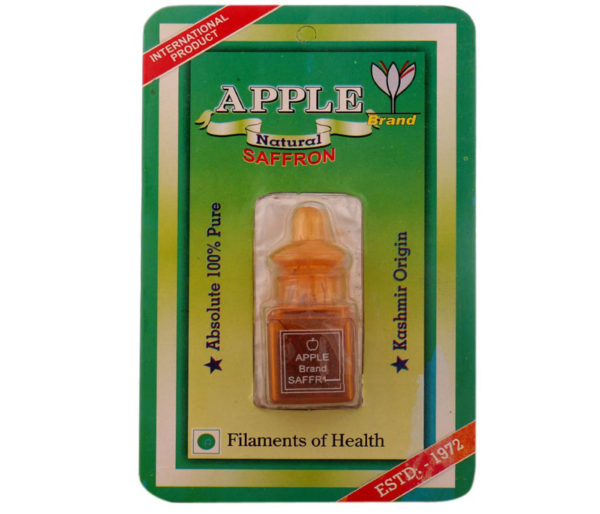 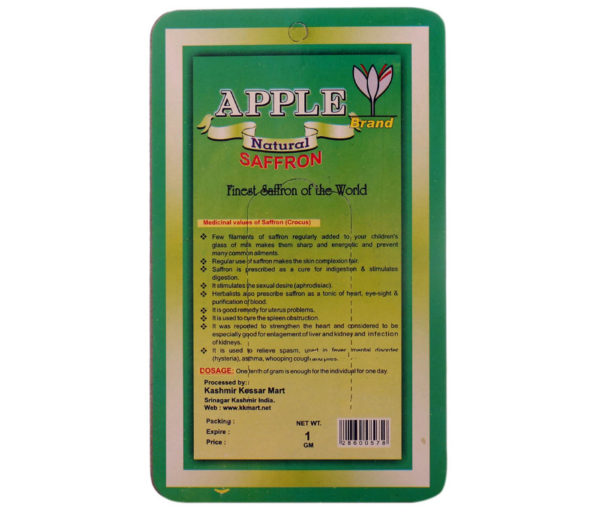 Kashmiri Saffron (“Shahi Zaffron” and “Mogra Zaffron”), the strongest-flavored variety of saffron, is the world’s finest saffron and the most expensive as it is difficult to obtain A hundred kg of fresh flowers yield about three kilograms of saffron. It is dark red in colour and has long, perfect strands. Details: Moisture: 9-11 Ash: 4-6 Bitterness/Picrocrocin: 70-75 Safranal: 35-50 Colour Strength (Crocine): 190-220

Saffron has been grown in Kashmir since the Mughal period, which began in the 16th century when saffron bulbs — a species of crocus were brought from Iran. Cultivation is an elaborate and painstaking process: It takes about 170,000 purple flowers and many willow baskets to collect one kg of saffron. On a cold autumn morning’s men, women in more than 200 villages in the town of Pampore, an area from southern Kashmir, flock to the fields, pick the flowers and heap them into wicker baskets. The bulbs of the Crocus sativa flower are planted in May and June and the flower is harvested in November. A visit to the place during October and November months when the flowers have just sprouted out of the ground is a stunning & breathtaking sight to watch and to be remembered for a lifetime.

SAFFRON “ Red Gold” is unique product with a rich combination of its main subsequent constituents:

Saffron by far and wide has been used throughout the world due to its countless therapeutic effects on the human body. Saffron is chiefly used as a vital ingredient in medicines, dyes, perfumes, as a spice & above all in the Indian sub-continent as a key entity in religious favours and practices.

In Kashmir it is widely used in Wazwan (Kashmiri Cuisine) therefore owing its super excellence largely to it, and hence began to be rewarded as a high-status spice. It is also used in Kehwa (Beverage), to which it seeps its reddish golden colour due to its colouring attributes and makes it tastier and flavourful. Saffron with fascinating fragrance, pleasant flavour and beautiful colour is used in all the recipes of Pulao, Biryani, Noodles, Curries, Vegetables, Chicken, Mutton, Fish, Ice-Creams, and Deserts, to make them more appetizing and easy to digest.