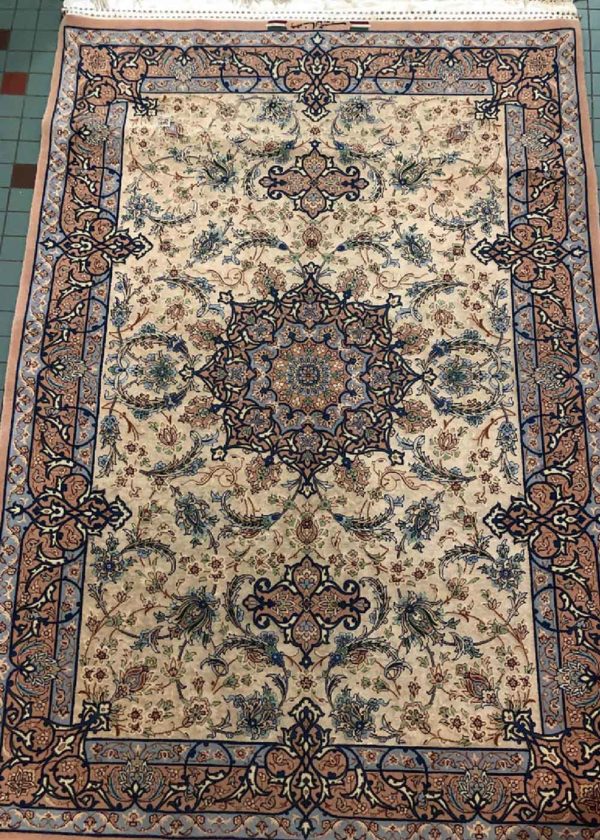 The city of Isfahan is located in the centre of Iran at the foothills of the Zagros mountain range, it has a rich history in carpet production and in the reign of Malik-Shah I and later Shah Abbas the Great, Isfahan was selected as the capital city of Persia (Iran). The history of rug making in Isfahan has been interrupted on several occasions, mainly due to military occupation and invasion. Also spelled and pronounced Ispahan, Sepahan, Esfahan or Hispahan the city reached its pinnacle during the Safavid dynasty (1501–1736), particularly under Shab Abbas’ rule, where there was a renaissance of art throughout Persia, centring around the cultural city. Throughout the ages many cultures have settled in Isfahan, and to this day the cosmopolitan city is awash with intricate artwork, stunning mosques, bridges, palaces and world famous architecture. Aside from architecture and fine carpets, Isfahan is well known for its textiles, fine art, steel, handicrafts, metal-workings, as well as traditional food and sweets.