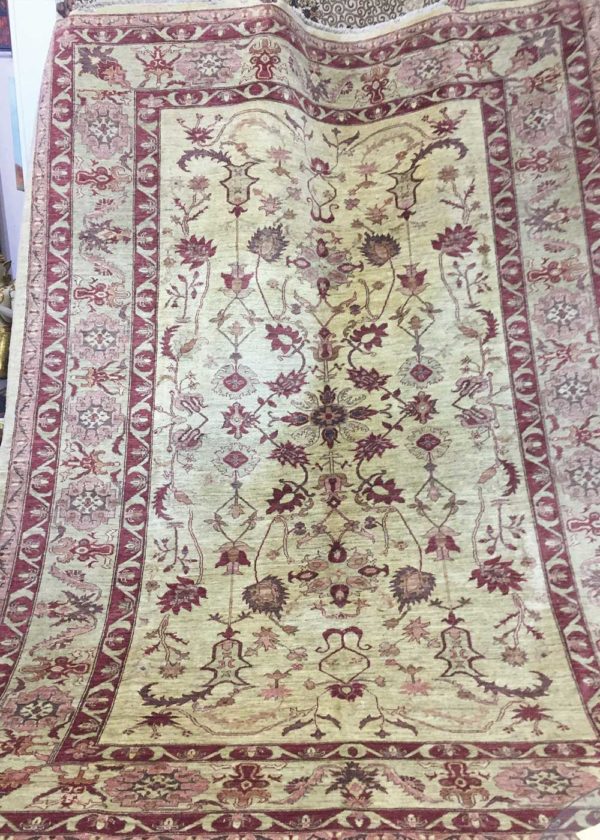 Ziegler rugs are characterised by simple palettes and beautiful, timeless designs which even bring elegance to modern interior styles.

The name Ziegler wasn’t taken from a city or a tribe like other Persian rugs; rather, it is the name of a particular design pattern and style of weaving. They are sometimes referred to as Peshawar rugs due to their similar traits. Ziegler and Co. is the name of a German company based in England that recruited master weavers during the late 18th century. Their recruitment was commission a softer and subtle form of rugs than the normal Persian rugs. This particular fusion created the original Ziegler rugs, which likewise became a hot commodity among the international market upon their birth. Since the Western market had such a deep hand in the Ziegler’s manifestation, the overall process had an extremely positive impact on the Persian and Oriental rug exportation industry.

The weaving of these fine oriental area rugs began in Arak, but now they are crafted all over Persia. Even though they might be called Ziegler rugs, not all of them are products of Ziegler & Co.These rugs are mainly made of wool with a cotton foundation. On occasion, silk is utilised to give them a further extravagant form. Local imported wool is used in Ziegler rugs to provide an even higher quality that supplies a sleek and smooth finishing.

These rugs ideally use Persian knots and Mori knots, with a very high KPSI, making these rugs very strong and they last incredibly long.